Why Should We Limit Time for Donations? 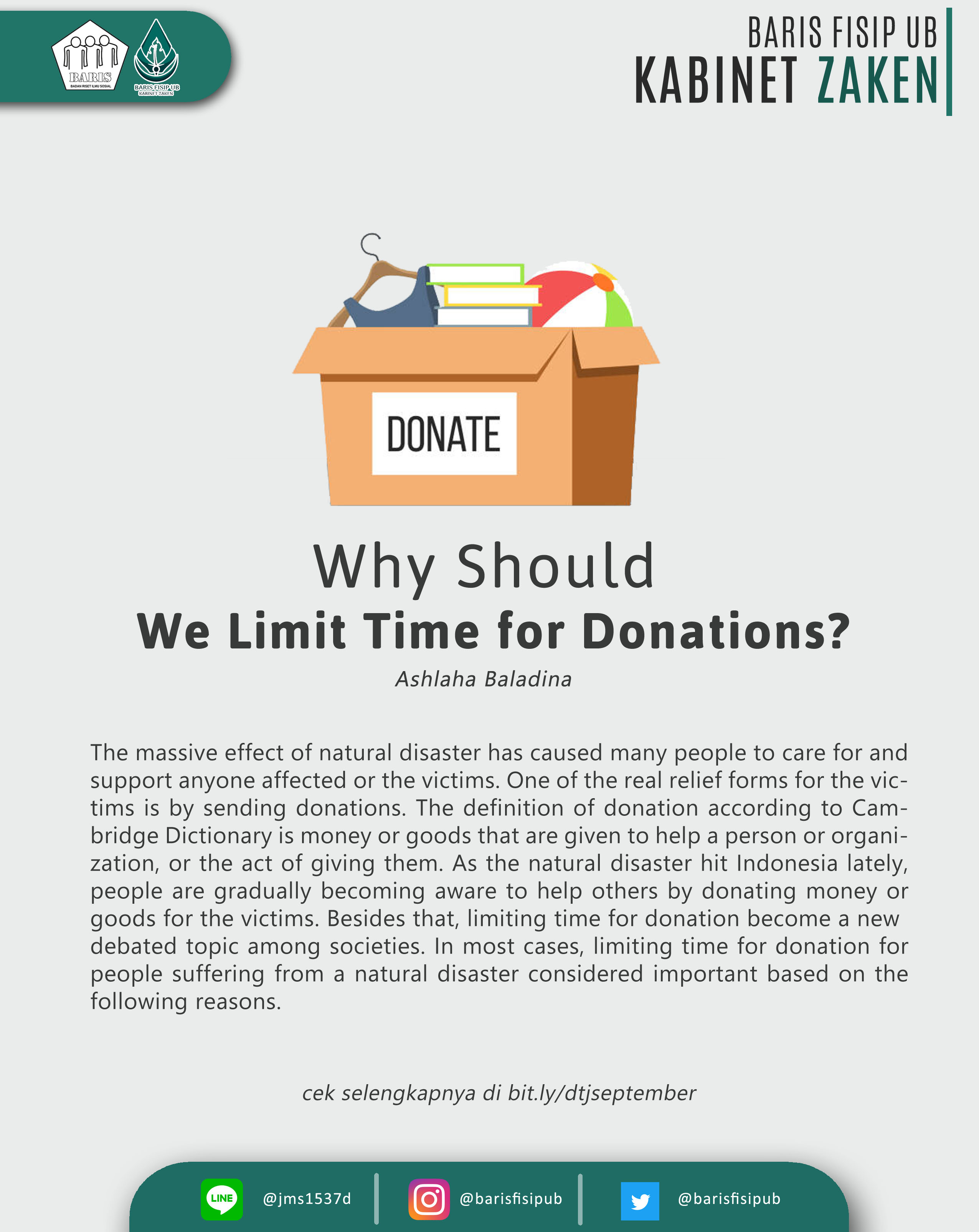 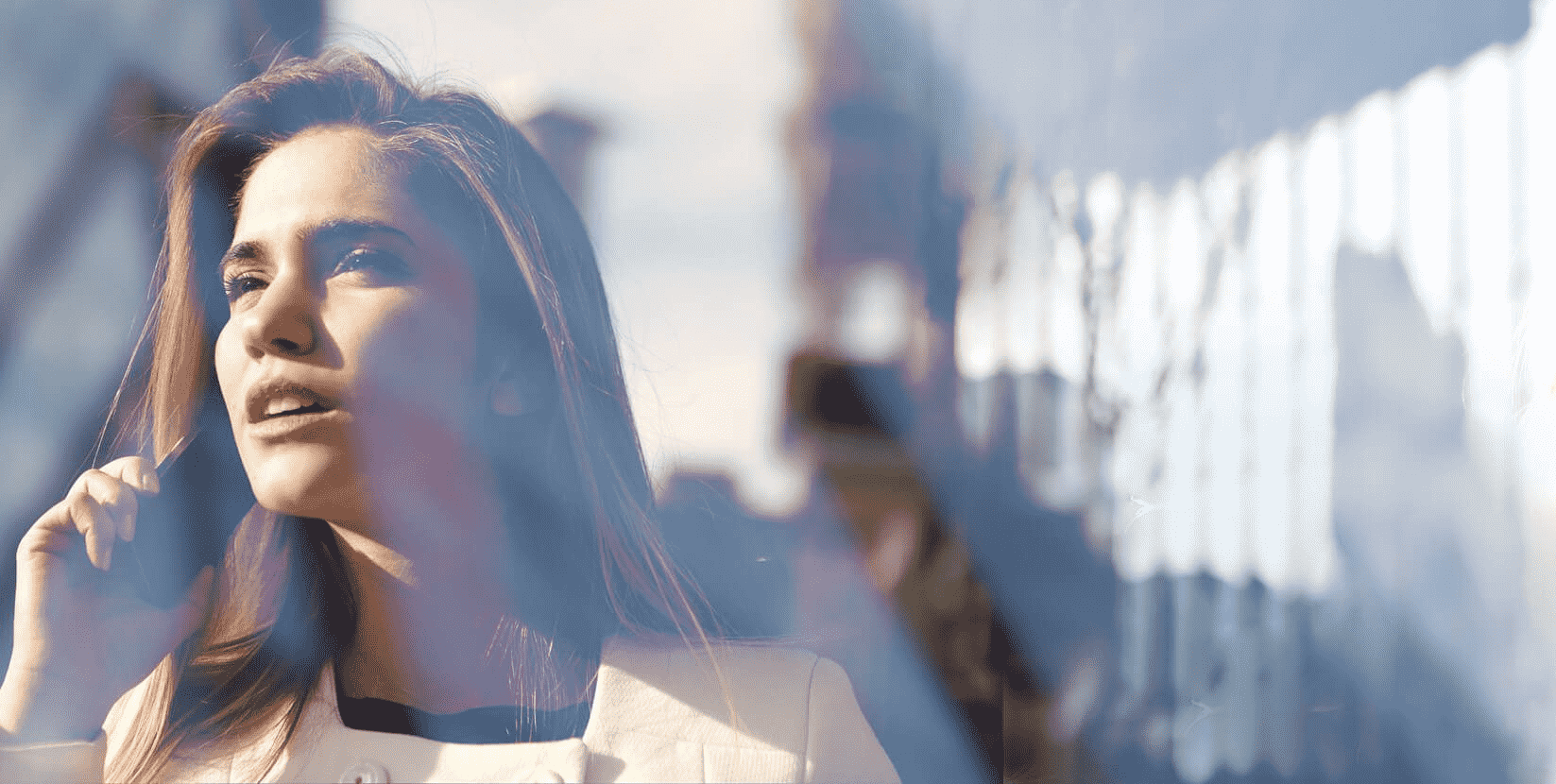 Why Should We Limit Time for Donations?

During the past 5 years, Indonesia has made global headlines due to natural disasters that have occurred and also bringing destructive effects on the various aspects. It has also resulted in the condition where hundreds or even thousands of people and animals who have lost their lives, as well as the geographical and economic conditions that have suffered losses due to natural disasters. Natural disasters are catastrophic events with atmospheric, geological, and hydrological origins (e.g., droughts, earthquakes, floods, hurricanes, landslides) that can cause fatalities, property damage and social environmental disruption (Xu, Wang, Shen, Ouyang, & Tu, 2016).

The massive effect of natural disaster has caused many people to care for and support anyone affected or the victims. One of the real relief forms for the victims is by sending donations. The definition of donation according to Cambridge Dictionary is money or goods that are given to help a person or organization, or the act of giving them. As the natural disaster hit Indonesia lately, people are gradually becoming aware to help others by donating money or goods for the victims. Besides that, limiting time for donation become a new debated topic among societies. In most cases, limiting time for donation for people suffering from a natural disaster considered important based on the following reasons.

The most important reason why we should limit the donation time for the victims of natural disaster is to prevent corruption. When a donation has not the time limit, it would make the donation easy for being corrupted because there is no transparency about it, such as the total amount that has been got or it fulfilled the target or not. The longer the time period is provided, it is feared that the donation would be allocated inappropriately. An example is from tsunami and earthquake tragedy in Aceh, according to the United Nations Financial Tracking Service, Unocha, Indonesia (Aceh) received the largest humanitarian assistance with more than 1 billion dollars (Rp. 13 trillion) (Winosa, 2014). But researchers from the Overseas Development Institute, Lilliane Fan, who worked for the United Nations and a number of NGOs in Aceh, said that the donations sent to the victims in Aceh created economic inequality. These donations actually create an imbalance when some communities receive high standard housing assistance and not far from there, there are people who live without anything and the economy was completely destroyed.

Next is the unequal comparison of donations and courier shipments while sending the donations. There are conditions when a lot of people want to help the victims of a natural disaster by donating some needs. But the fact is they do not know where to deliver the donations. For example, when the earthquake hit Lombok a year ago, PT. Pos Indonesia held free delivery for everyone who wants to help the victims by donating some needs (ARNANI, 2018). But unfortunately, the program had to be stopped faster from the plan. It is because the volume of shipments received had exceeded the available capacity (storage space and couriers) (Cahyu, 2018). So PT. Pos Indonesia decided to stop it faster because of the limited facilities and available volunteers and to avoid delays in distributions process. Moreover, there are parties who abuse this free facility to send relief items intended for individuals or for commercial purposes. If there is no time limit in sending the donations, it would be stack up and not be distributed properly because of the limited number of volunteers and facilities available.

However, some people might argue that any donations that given to the victims would be useful for their life, so we should not put any time limit for helping others. But this is not as effective as it seems because the donation given in a long time after the incident would be less useful for the victims. In other words, as time went the victims would rise up and restart their lives as usual. They will start working, go to school, and survive from the donations they have received. Over time their lives would return to be normal and they can fulfill their own needs. At that time, if there are still donations that comes for them, it would be less beneficial for them because they already have it or even can’t use it appropriately. For example, reported from BBC News that many Aceh tsunami relief buildings are redundant. One of them was “Samsung IT Learning Center” which was a giant relief building from a South Korean company. The building was inaugurated in 2009, five years after the earthquake and tsunami disaster in Aceh (Bonasir, 2014). Unfortunately, the fact shows that the building was left abandoned and not utilized by the government. This proves that the longer the donation is given to the victims, the donations would be less useful for them.

To sum up, putting limitations on donation time for the victim of a natural disaster should be accepted because it can prevent corruption and unequal distribution of donations between the victims, the amount of donations is not balanced with volunteers and facilities, and also to avoid donations that are not used properly. Instead of not giving the time limit for donation to the victim, the government should focus more on how to distribute donations to victims equally and make use of the donations properly so it is not going to be wasted.